The Association of Banks in Hesse (Bankenverband Hessen e. V.) is the professional association of private banks operating in the state of Hesse with their registered office in Frankfurt am Main.The association has 112 members which employ a total of around 39,000 employees and include big banks, regional banks, mortgage banks, private bankers and branches of almost all major foreign banks.Expanding and enhancing the importance of Frankfurt am Main as a financial centre is the main focus of the association’s work. more »

At the celebration to mark the handover of presidency from Diana Rutzka-Hascher to Thomas Ollinger, Tilmann Wittershagen, Deputy Chairman of the Board of Directors of the Association of Banks in Hesse and Spokesman for the Central Region Management of Deutsche Bank AG, thanked Ms Rutzka-Hascher for the long-standing cooperation with the Hesse Regional Office of Deutsche Bundesbank. He went on to speak about banking supervision and regulation, the low interest rate environment and the challenges of digitalisation. more »

On 2 May, Bettina Orlopp took part in a fascinating panel discussion at the “Frankfurt meets Berlin” event in Berlin – a valuable initiative which seeks to build further bridges between Germany’s political and financial capitals. In their opening speeches, Federal Finance Minister Olaf Scholz and Mayor of Frankfurt Peter Feldmann underlined their support for Frankfurt as a business and financial centre. In the subsequent panel discussion alongside Bettina Stark-Watzinger, Member of the Bundestag for the FDP, Joachim Wuermeling, Member of the Executive Board of Deutsche Bundesbank, and other representatives from the business community, Bettina Orlopp stressed that a strong banking industry is hugely important to Frankfurt’s position as a financial centre. She said policymakers now needed to further strengthen its role as a business location, especially with respect to issues currently as important as digitalisation and Brexit. more »

The Association of Banks in Hesse once again held a three-day advanced seminar for teachers of finance and economics at the Frankfurt School of Finance & Management from 15 to 17 April 2019. The traditional joint reception was hosted by Frank Behrends, Deputy Chairman of the Board of Directors of the Association of Banks in Hesse and Member of the Board of Directors of ODDO-BHF AG. This year’s event focused on themes relating to society, banks and digital trends. The next event is scheduled for 7 to 9 October 2019. more » 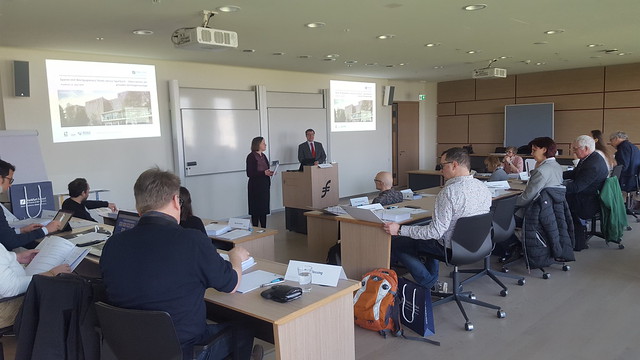 The 3rd Hesse Banking Congress on 21 March 2019 honoured the Frankfurt School of Finance & Management’s top graduates of 2018 in Banking Studies, Banking Business Administration and Management: Ulrike Kirchner, Jan Szybalski and Marc Janich. They were congratulated by Frank Behrends, Deputy Chairman of the Board of Directors of the Association of Banks in Hesse and Member of the Board of Directors of ODDO-BHF AG, and Professor Nils Stieglitz, President and Managing Director of the Frankfurt School of Finance & Management.

Karlheinz Walch, Deputy Head of Banking and Financial Supervision at Deutsche Bundesbank, then gave a speech entitled “Are we on the verge of a turning point? Current developments in banking supervision”. The subsequent reception offered an opportunity for further discussion. more » 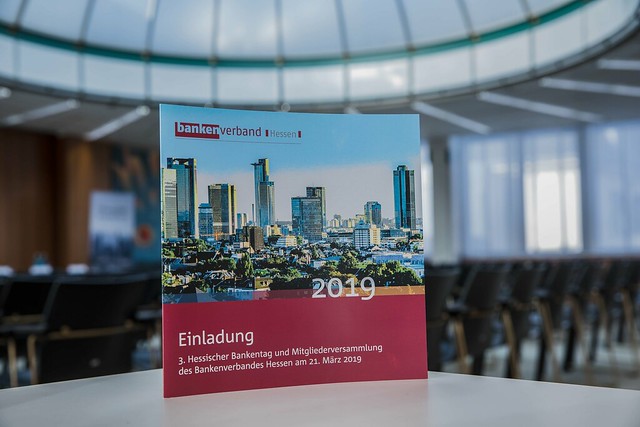